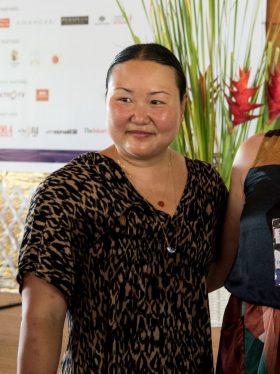 Hanya Yanagihara is an American novelist, editor and travel writer. She grew up in Hawaii.

Following her graduation from Smith College in 1995, Yanagihara moved to New York and worked for several years as a publicist. Her first novel, The People in the Trees, based on the real-life case of the virologist Daniel Carleton Gajdusek, was praised as one of the best novels of 2013.

Yanagihara's A Little Life was published in March 2015, receiving predominantly favorable reviews. The book was shortlisted for the 2015 Man Booker Prize for fiction, and won the 2015 Kirkus prize for fiction. Yanagihara was also selected as a finalist for the 2015 National Book Award.

A Little Life defied expectations by its editor, Yanagihara's agent, and the author herself that it would not sell well. In addition to being critically acclaimed, it is beloved by readers themselves.