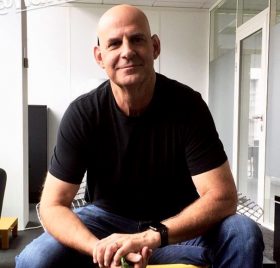 Harlan Coben is an American writer of mystery novels and thrillers. The plots of his novels often involve the resurfacing of unresolved or misinterpreted events in the past, murders, or fatal accidents and have multiple twists. Among his novels are two series, each involving the same protagonist set in and around New York and New Jersey; some characters appear in both.

His thriller Play Dead was published in 1990, followed by Miracle Cure in 1991. He then began writing a series of thrillers featuring a former basketball player turned sports agent, Myron Bolitar, who often finds himself investigating murders involving his clients.

Coben has won an Edgar Award, a Shamus Award and an Anthony Award. He wrote a short story, The Key to My Father, which appeared on June 15, 2003.

Tell No One, his first stand-alone thriller since the creation of the Myron Bolitar series in 1995, was published in 2001. His novel Hold Tight, released on April 15, 2008, was his first book to debut at number 1 on the New York Times Best Seller list.