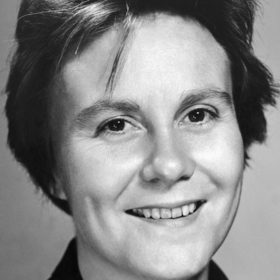 Nelle Harper Lee was an American novelist best known for her 1960 novel To Kill a Mockingbird. It won the 1961 Pulitzer Prize and has become a classic of modern American literature. Lee published only two books, yet she was awarded the Presidential Medal of Freedom in 2007 in 2007 for her contribution to literature.

She also received numerous honorary degrees, though she declined to speak on those occasions. She assisted her close friend Truman Capote in his research for the book In Cold Blood. Capote was the basis for the character Dill in To Kill a Mockingbird.

The plot and characters of To Kill a Mockingbird are loosely based on Lee's observations of her family and neighbours, as well as an event that occurred near her hometown in 1936 when she was 10. The novel deals with the irrationality of adult attitudes towards race and class in the Deep South of the 1930s, as depicted through the eyes of two children. It was inspired by racist attitudes in her hometown of Monroeville, Alabama. She also wrote the novel Go Set a Watchman in the mid-1950s and published it in July 2015 as a sequel to Mockingbird, but it was later confirmed to be merely her first draft of Mockingbird.