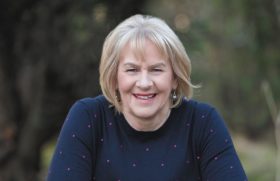 Heather Morris is a Native of New Zealand and is now resident in Australia, working in a large public hospital in Melbourne.

For several years, Morris studied and wrote screenplays, one of which was optioned by an academy award winning screenwriter in the U.S.

In 2003, Morris was introduced to an elderly gentleman "who might just have a story worth telling". The day she met Lale Sokolov changed Heather's life, as their friendship grew and he embarked on a journey of self scrutiny, entrusting the inner most details of his life during the Holocaust. Morris originally wrote Lale's story as a screenplay - which ranked high in international competitions - before reshaping it into her debut novel, The Tattooist of Auschwitz, which was shortlisted for the Goldsboro Books Glass Bell Award 2019.