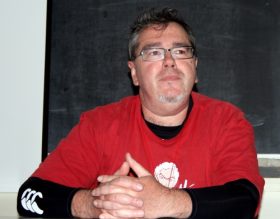 Ian McDonald is a British science fiction novelist, living in Belfast. His themes include nanotechnology, postcyberpunk settings, and the impact of rapid social and technological change on non-Western societies.