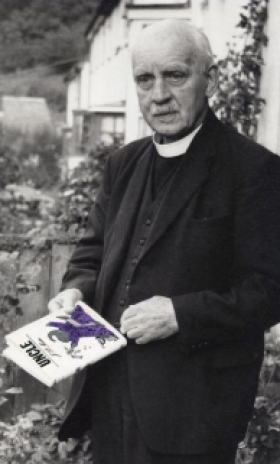 Martin was born in Scarborough in the county of Yorkshire in summer 1879 and became a Methodist minister in 1902 before serving as a missionary in South Africa and as an army chaplain in Palestine during the First World War. After the Second World War he lived in the village of Timberscombe in Somerset, where he died in March 1966. In 1906 he married Nancy Mann in Johannesburg.