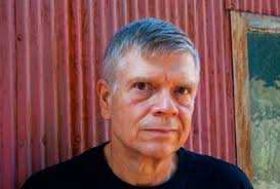 Jack Kerley is the author of the Carson Ryder novels, with the thirteenth installment appearing in 2017. His short stories are Almost There, published in Southern Review, Spring 2004, University of Louisiana Press, and A Season of Moles, published in Stories from the Blue Moon Café III: Anthology of Southern Writers.

Kerley's books have been translated into ten languages and published primarily in England now.