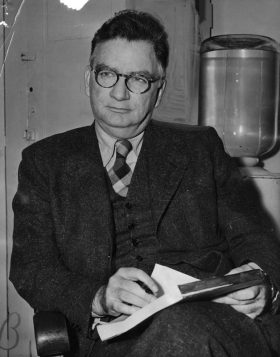 James M. Cain was an American author and journalist. Cain vehemently opposed labeling, but he is usually associated with the hardboiled school of American crime fiction and is seen as one of the creators of the roman noir. Several of his crime novels inspired successful movies.

Cain spent many years in Hollywood working on screenplays, but his name appears as a screenwriter in the credits of only two films: Stand Up and Fight and Gypsy Wildcat, for which he is one of three credited screenwriters. For Algiers, Cain received a credit for "additional dialogue", and he had story credits for other films.