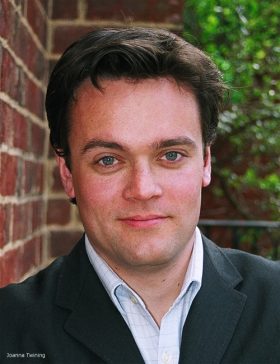 Twining wrote his first book The Double Eagle in 2003 and it was published by Harper Collins in the United Kingdom and United States in 2005.

Three sequels, The Black Sun, The Gilded Seal and The Geneva Deception were published in 2006, 2008 and 2009 respectively.