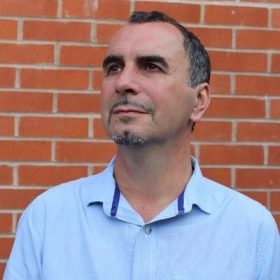 James Wilde is a pseudonym of the author Mark Chadbourn, who is an English fantasy, science fiction, historical fiction, and horror author with more than a dozen novels (and one non-fiction book) published around the world.

In addition to his novels he also is a scriptwriter for the BBC drama Doctors. In 2014, he announced on his website that his contemporary thriller TV series Shadow State has been optioned by Clerkenwell Films.