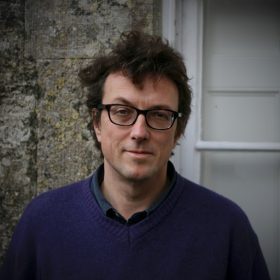 Jason Goodwin is an English writer and historian.

He studied Byzantine history at Cambridge University. Following the success of The Gunpowder Gardens or, A Time For Tea: Travels in China and India in Search of Tea, he walked from Poland to Istanbul, Turkey. His account of the journey, On Foot to the Golden Horn, won the John Llewellyn Rhys/Mail on Sunday Prize in 1993.

Later, he became popular as the author of a series of historical mystery novels beginning with The Janissary Tree, which pivot on the Ottoman investigator Yashim, a eunuch living in Istanbul during the 1830s-1840s. The Janissary Tree won the Edgar Award for Best Novel in 2007 and novels in the series have been translated into over 40 languages.