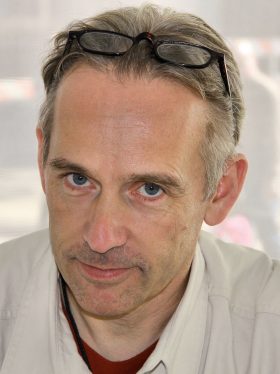 Jasper Fforde is a British novelist. Ford's first novel, The Eyre Affair, was published in 2001. Fforde is known mainly for his Thursday Next novels. He has published two books in the loosely connected Nursery Crime series, and has published the first books of two additional independent series, The Last Dragonslayek and Shades of Grey.

Fforde's books contain a profusion of literary allusions and wordplay, tightly scripted plots, and playfulness with the conventions of traditional genres. His works usually contain elements of metafiction, parody and fantasy.