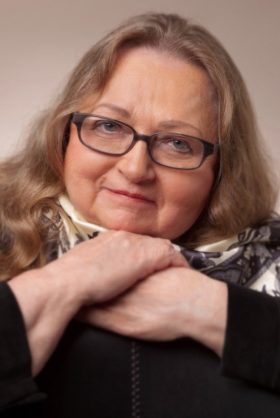 Jean M. Auel is an American writer who wrote the Earth's Children books, a series of novels set in prehistoric Europe that explores human activities during this time, and touches on the interactions of Cro-Magnon people with Neanderthals. Her books have sold more than 45 million copies worldwide.

In 1977, Auel began extensive library research of the Ice Age for her first book. She joined a survival class to learn how to construct an ice cave, and learned primitive methods of making fire, tanning leather, and knapping stone from the aboriginal skills expert Jim Riggs.

The Clan of the Cave Bear was nominated for numerous literary awards, including an American Booksellers Association nomination for best first novel. It was also later adapted into a screenplay for a film of the same name.