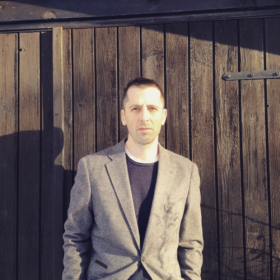 Jeremy Duns was born in 1973 and grew up mainly in Africa and Asia. He read English Literature at St Catherine’s College, Oxford, after which he worked as a journalist in Brussels for seven years. His debut novel, Free Agent, the first in a series of spy thrillers set in the Cold War featuring MI6 agent Paul Dark, was published by Simon and Schuster in 2009. This was followed by a sequel, Free Country (titled Song of Treason in paperback), in 2010, and a third in the series, The Moscow Option in 2012.

Spy Out the Land was published in January 2016. Jeremy is also the author of a work of non-fiction, Dead Drop, about the Cold War spy Oleg Penkovsky.

Jeremy Duns lives in Finland with his wife and two children.