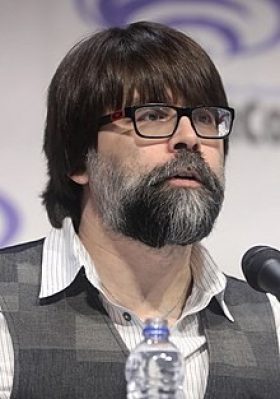 Joe Hill better is an American author and comic book writer. His work includes the novels Heart-Shaped Box, Horns, NOS4A2 and The Fireman; the short story 20th Century Ghosts and Strange Weather; and the comic book series Locke & Key. Locke & Key won British Fantasy Awards in 2009 and 2012, and a Eisner Award in 2011.

In 2019, In the Tall Grass, co-written with his father Stephen King, was released as a Netflix Original film. Filming for the Locke & Key TV series, also by Netflix, began in the middle of January 2019 and the first season aired in February 2020. Also, AMC began broadcasting a TV series of NOS4A2 in July 2019.