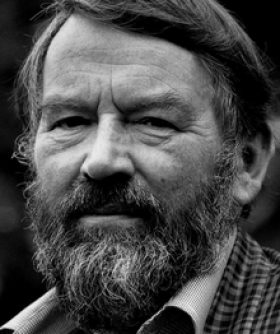 John Fowles was an English novelist of international renown, critically positioned between modernism and postmodernism. His work was influenced by Jean-Paul Sartre and Albert Camus, among others.

After leaving Oxford University, Fowles taught English at a school on the Greek island of Spetses, a sojourn that inspired The Magus, an instant best-seller that was directly in tune with 1960s "hippy" anarchism and experimental philosophy. This was followed by The French Lieutenant's Woman, a Victorian-era romance with a postmodern twist. Later fictional works include The Ebony Tower, Daniel Martin, Mantissa and A Maggot.

Fowles's books have been translated into many languages, and several have been adapted as films.