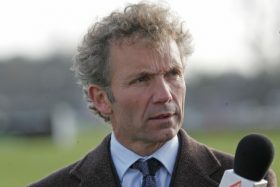 During the course of his career he was Champion Jockey seven times, between 1976 and 1985. Francome is the third most successful National Hunt jump jockey of all time after Tony McCoy (20 championships) and Peter Scudamore (8 championships). He is dubbed the best jockey never to have won the Grand National.

Like another former jockey, Dick Francis, Francome has taken to writing works of fiction. His books have featured on the bestseller lists.