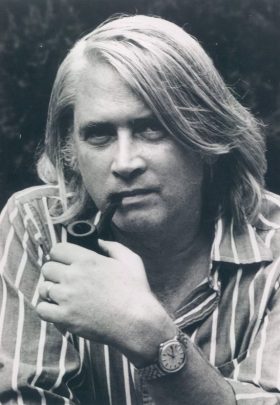 John Gardner was an American novelist, essayist, literary critic and university professor. He is best known for his 1971 novel Grendel, a retelling of the Beowulf myth from the monster's point of view.

Gardner's best-known novels include The Sunset Dialogues, about a disaffected policeman asked to engage a madman fluent in classical mythology; Grendel, a retelling of the Beowulf legend from the monster's point of view, with an existential subtext; and October Light, about an embittered brother and sister living and feuding with each other in rural Vermont (the novel includes an invented "trashy novel" the woman reads). This last book won the National Book Critics Circle Award in 1976.