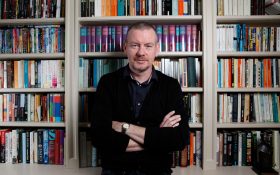 John Gordon Sinclair was born in Glasgow, Scotland. He moved to London in the early Eighties and now lives in Surrey with his wife, Shauna, and their two children. John's first film won him a BAFTA nomination for Best Newcomer to a Leading film Role. His first outing in London's West End won him an Olivier award for Best Actor. Seventy Times Seven, his first novel, was published in 2012 and was described by Barry Norman as 'a remarkable first novel' and as 'an impressive debut... Fast and bloody...' by The Times.