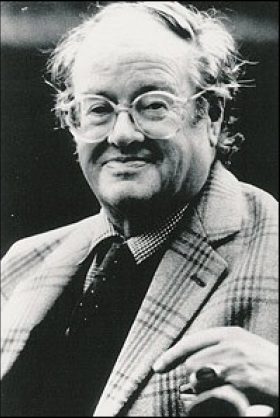 John Mortimer was an English barrister, dramatist, screenwriter, and author.

With weak eyes and doubtful lungs, Mortimer was classified as medically unfit for military service in World War II. He worked for the Crown Film Unit under Laurie Lee, writing scripts for propaganda documentaries.

Mortimer is best remembered for creating a barrister named Horace Rumpole, inspired by his father Clifford, whose speciality is defending those accused of crime in London's Old Bailey. From 2004, Mortimer worked as a consultant for the politico-legal US "dramedy" television show Boston Legal. He developed his career as a dramatist by rising early to write before attending court, and his work in total includes over fifty books, plays and scripts.