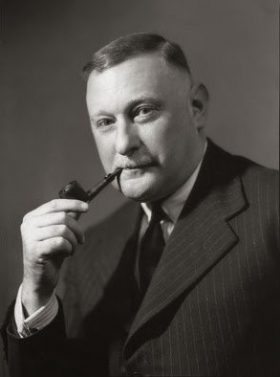 John Rhode who was known to his colleagues, family and friends as John Street, began his military career as an artillery officer in the British army.

During the course of World War I, he became a propagandist for MI7, in which role he held the rank of Major. After the armistice, he alternated between Dublin and London during the Irish War of Independence as Information Officer for Dublin Castle, working closely with Lionel Curtis.

He later earned his living as a prolific writer of detective novels, writing as John Rhode.