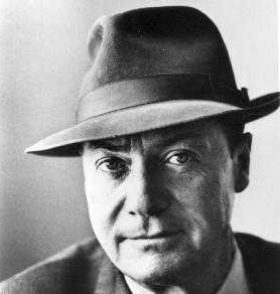 John Ross MacDonald is the one of the pseudonyms that was used by the American-Canadian writer of crime fiction Kenneth Millar. He is best known for his series of hardboiled novels set in Southern California and featuring private detective Lew Archer.

Brought up in the province of Ontario, Canada, Macdonald eventually settled in the state of California, where he died in 1983.