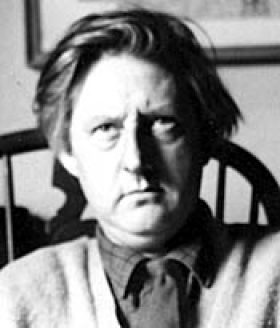 John Symonds was an English novelist, biographer, playwright and writer of children's books.

In 1946, he published his first novel, William Waste. This was followed in 1955 by The Lady in the Tower, and, in 1957, by another love story, A Girl Among Poets, which won praise from Sir John Betjeman, who wrote of the author's "gift for describing farcical situations". He found his widest (largest) audience in the writing of children's books, including The Magic Currant Bun, Isle of Cats, Lottie and Elfrida and the Pig.

Symonds wrote twenty-six plays but not many were performed. He won critical praise in 1961 for his ITV play, I, Having Dreamt, Awake. The Poison Maker, his final work for the stage was performed at the Old Red Lion Theatre in 2006.