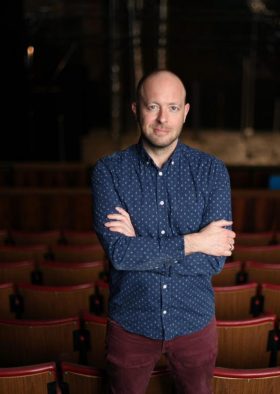 John Tiffany OBE is an English theatre director. He directed the internationally successful productions Harry Potter and the Cursed Child, Black Witch and Once. He has won two Tony Awards, an Olivier Award, a Drama Desk Award and an Obie Award.

Harry Potter and the Cursed Child opened at the West End Palace Theatre, London on 7th June 2016 in previews, and then officially on 30th July. It opened on Broadway on 22nd April 2018, again directed by Tiffany. He won the 2018 Tony award for Best Direction of a Play, 2018 Drama Desk Award for Outstanding Director of a Play, and 2018 Outer Critics Circle Award for Outstanding Director of a Play.