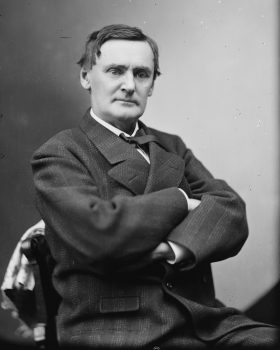 Joseph Jefferson III was an American actor. He was the third actor of this name in a family of actors and managers, and one of the most famous of all 19th century American comedians. Beginning as a young child, he continued as a performer for most of his 76 years. Jefferson was particularly well known for his adaptation and portrayal of Rip Van Winkle on the stage, reprising the role in several silent film adaptations. After 1865, he created no other major role and toured with this play for decades.