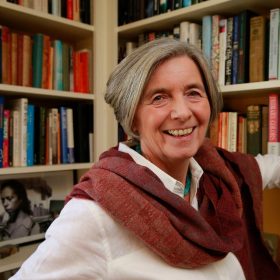 Julie Parsons was a radio and television producer before becoming an author of detective novels.

In 1998, Parsons began writing detective fiction when she published her first novel, Mary Mary which became an Irish bestseller and was published in over 17 countries. She since published a number of other novels. Parsons won awards for her work and was also judge on competitions like the Francis McManus Award and the P.J. O'Connor Radio Drama Award.