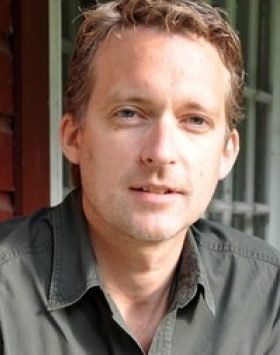 Justin Evans, once a film scout for Paramount Pictures, is now a strategy executive at the media giant VNU. He previously worked in business development at the New York Times. He received an English degree from Columbia University and a MBA in finance from New York University. A Good and Happy Child was his first novel. He lives in New York City with his wife, literary agent Maria Massie.