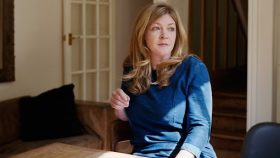 Kate Summerscale is an English writer and journalist.

She is the author of The Suspicions of Mr Whicher or The Murder at Road Hill House, based on a real-life crime committed by Constance Kent and investigated by Jack Whicher, which won the Samuel Johnson Prize for Non-fiction 2008, and the bestselling The Queen of Whale Cay, about Joe Carstairs, 'fastest woman on water', which won a Somerset Maugham Award in 1998 and was shortlisted for the 1997 Whitbread Awards for biography. Her book on Whicher inspired the 2011-2014 ITV drama series, The Suspicions of Mr Whicher, written by Helen Edmundson.

She has also judged various literary competitions including the Booker Prize in 2001.