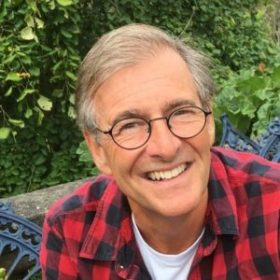 Sean Lusk is an award-winning short story writer, winner of the Manchester Fiction Prize, the Fish Short Story Prize and runner-up in the Bridport and Tom-Gallon Trust prizes. He has lived in Greece, Pakistan and Egypt, working variously as a gardener, speechwriter and diplomatic official. He now lives near Forres on the Moray Firth. The Second Sight of Zachary Cloudesley is his debut novel.

You can find him at www.seanlusk.com or on twitter @seanlusk1