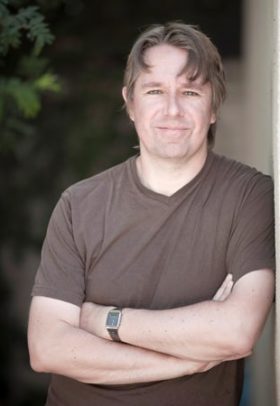 Alastair Reynolds was born in Barry, South Wales, in 1966.

He studied at Newcastle and St Andrews Universities and has a Ph.D. in astronomy. Since 1991 he has lived in the Netherlands, near Leiden. He gave up working as an astrophysicist for the European Space Agency to become a full-time writer.