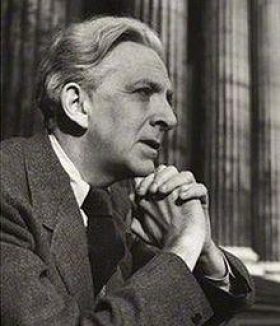 One of Britain's most distinguished novelists Sir Angus Wilson was born in 1913.

Educated at Westminster and Merton College, Oxford he joined the British Museum as a cataloguer before being called for service in 1941. His literary career began with a collection of short-stories published in 1949. These were followed by other short-story collections, novels and plays.

Co-founder with Malcolm Bradbury of the MA programme in creative writing at the University of East Anglia, Wilson was appointed professor in 1967. Chair of many literary panels, including the Booker prize, and campaigner for homosexual equality he was knighted in 1980.