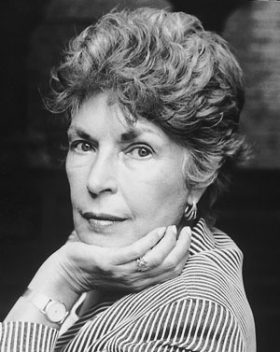 Barbara Vine was the pen-name of Ruth Rendell, and Viking published all of her books under that name.

Rendell was an exceptional crime writer, with worldwide sales of approximately 20 million copies, and regular Sunday Times bestsellers. Rendell won numerous awards, including the Crime Writers' Association Gold Dagger for 1976's best crime novel with A Demon in My View, a Gold Dagger award for Live Flesh in 1986, and the Sunday Times Literary Award in 1990.

In 2013 she was awarded the Crime Writers' Association Cartier Diamond Dagger for sustained excellence in crime writing.