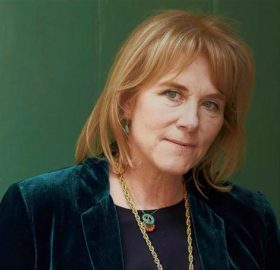 Hannah Rothschild is a British writer, businesswoman, philanthropist and documentary filmmaker. She also serves on the boards of various organizations. In August 2015, she became the first female to Chair of the Board of Trustees of the National Gallery in London; after eleven years as trustee and more than four as chair as she stepped down to devote more time to her family's wide ranging activities and to writing.

Rothchild's first novel The Improbability of Love was published in May 2015. The story follows a female protagonist who comes across a lost Watteau and becomes embroiled in the dealings of the art world's elite. The Guardian said "her depiction of the rarefied art world is gripping". The book was shortlisted for the Baileys Prize and was joint winner of the Bollinger Everyman Wodehouse Prize. It has been translated into more than ten languages and was chosen as one of Waterstones ‘Books of the Year’.