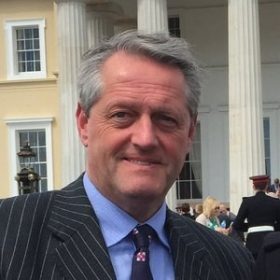 Born in London, Iain Gale began writing historical fiction in 2005 after a successful career as an art critic and journalist.

He has experience as a judge in prestigious art and literary prizes and served for a number of years on the visual art committee of the Scottish Arts Council. He was also instrumental in the foundation of the Edinburgh Art Festival. Iain is currently an active member of the Scottish Committee of the Society of Authors, the Friends of the Waterloo Committee and the Waterloo 200 Committee.

In 1997 Iain was commended as Art Critic of the Year in the Bank of Scotland Press Awards.He has also made numerous appearances on national radio, including the BBC World Service, BBC Radio 4, LBC radio and Radio Scotland.Iain is married to an Edinburgh GP and between them they have six children aged between 17 and 7 and two impossible Labradors. They divide their time between Edinburgh and Fife.