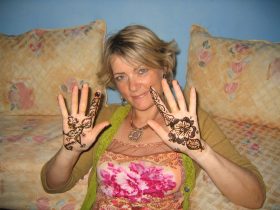 Jane Johnson is an English writer of books for adults and children and fiction book editor. As a writer she has used the pseudonyms Gabriel King, jointly with M. John Harrison and Jude Fisher, as well as her real name.

From 1984 to 1992, she was the editor responsible for the J.R.R. Tolkien list at George Allen & Unwin Publishers and commissioned both John Howe and Alan Lee to illustrate Tolkien's work, including Lee's acclaimed illustrated Tolkien-centenary edition of The Lord of the Rings. The publishing house was later bought by HarperCollins, where she remains a Publishing Director working across the Voyager fantasy and science fiction list and crime/thrillers.

The Sea Gate - a WWII story set in her native Cornwall - was released in summer 2020.

Her magical fantasy novels for children include The Eidolon Chronicles (Legends of the Shadow World in a US omnibus edition): The Secret Country, The Shadow World and Dragon's Fire. Two single volume stories followed: Maskmaker in 2010 and Goldseekers in 2011.