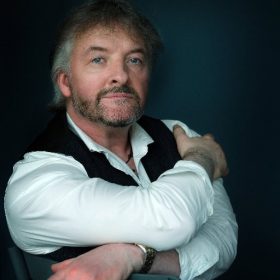 John Connolly is an Irish writer who is best known for his series of novels starring private detective Charlie Parker.

After five years as a freelance journalist for The Irish Times newspaper, he began to write his first novel, Every Dead Thing, in his spare time (he continues to contribute articles to the paper, most frequently interviews with other established authors).

Connolly has since written further books in the Parker series, 19 as of 2019, and a non-Parker thriller, as well as venturing outside of the crime genre with the publication of first, an anthology of ghost stories and later, a novel about a young boy's coming-of-age journey through a fantasy realm during World War II England.