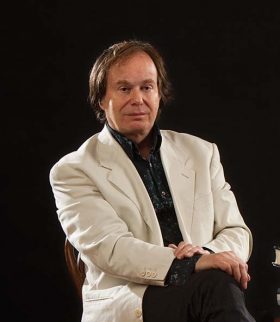 John Lawton is a television producer/director and author of historical/crime/espionage novels set primarily in Britain during World War II and the Cold War.

Lawton worked briefly in London publishing prior to becoming, by the mid-1980s, a documentary television producer at the newly created Channel 4. In 1993 he settled in New York, and in 1995 won a WHSmith Award for his third book Black Out. He went back into television in England in 1997, and by 1999 had dropped off the TV and books map completely. He returned in 2001 with Riptide, which was snapped up by Columbia Pictures. For most of the 21st century, so far, he has tended to be elusive and itinerant, residing in England, the United States and Italy. He appeared in New York, in 2008, with a reading in Greenwich Village. Earlier the same year he was named in the Daily Telegraph as one of "50 Crime Writers To Read Before You Die".